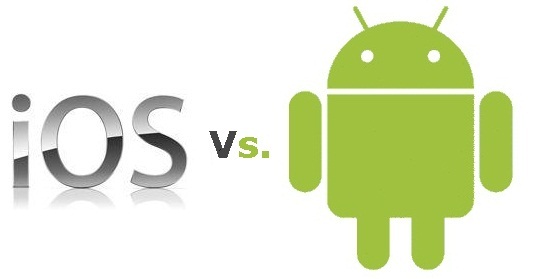 The Debate Between Android and iOS – Which One Is Safer?

The growth of mobile phones more specifically, smartphones has made the world a smaller and more connected place. The smartphones owe their functioning to a software architecture called the operating system. Although there are a slew of operating systems developed by various companies such as Blackberry (RIM), Windows OS (Microsoft), Symbian (Nokia), Bada (Samsung), MeeGo... Read More

The growth of mobile phones more specifically, smartphones has made the world a smaller and more connected place. The smartphones owe their functioning to a software architecture called the operating system. Although there are a slew of operating systems developed by various companies such as Blackberry (RIM), Windows OS (Microsoft), Symbian (Nokia), Bada (Samsung), MeeGo (Nokia and Intel), and Palm (Garnet), it is the Android (Google) and iOS (Apple) platforms that practically rule the roost in terms of sheer number of users.

Both the operating systems have their fair share of supporters as well as detractors wherein the inevitable question of ‘what is safer’ or ‘which one is better’ crops up. Let us premise this argument on one basic fact – no operating system is absolutely impregnable. There cannot be one absolute winner here as both operating systems have been targeted by hackers and malware makers from time to time. However, the argument can be categorised under sections such as:

It is common knowledge that the number of Android based smartphone users is way more than iOS based iPhone users – for example, according to Gartner, in the last quarter of 2016 out of 432 million smartphones, a staggering 352 million (81.7 percent) ran on Android as opposed to 77 million (17.9 percent) on iOS. The sheer volume of Android users makes them an attractive target for cyber criminals who are forever ready with newer variants of trojans, malwares and viruses to penetrate their smartphones to steal data.

Android being an open source software platform where various third party vendors have the freedom to develop and run applications makes it more vulnerable to hackers and malware creators. Besides, as most of such enterprise applications are not properly vetted by Google the chances of malware (for e.g., stagefright 2.0) having a field day on Google Play Store targeting unsuspecting users, are real high.

On the other hand, Apple’s close source architecture is much more secured as every application on Apple Store is thoroughly vetted, thus negating the possibility of a malware-ridden application to get into the platform.

Importantly, the open source architecture of Android is not always the villain for malwares on it can be better identified and fixed. The open source ecosystem makes it easier for Google or many of the app makers to release a patch should a malware is found. Conversely, the close source architecture is often a hindrance for presenting quick fix patches by Apple in the event of a malware attack. This is because the hierarchical system at Apple takes its own sweet time to first identify a malware, develop a fix and then, release it to the users.

In the ultimate analysis, even though Android platforms are more susceptible to malware and Trojan attacks, a single malware that gains entry into the iOS platform can wreak real havoc as well.

As iOS based smartphones are built by a single vendor, Apple Inc., the problem of users upgrading to the latest version is greatly reduced as such upgradations or launches are big billing events. And as the latest versions of iOS have better security features the chances of malware wreaking havoc through old version based mobiles are easily tackled.

This is where Android’s vulnerability is quite palpable given that a majority of mobile manufactures uses its platform. Also, given that Android based smartphones from various makers come bound with different variants of it (Jellybean, Gingerbread, KitKat, Lollipop, Marshmallow and Nougat,) providing a singular anti malware patch across all variants is very difficult. Moreover, many Android users do not upgrade their OS versions to the latest one as either they are not aware of the same or their phone manufacturer hasn’t provided them with the latest version patch.

Thus, in view of the above, even though Android might appear to be more vulnerable to malware attacks given its sheer numbers than say, iOS, the presence of security features such as Safety Net or uploading the latest security patches directly from Google can negate the threat. It can be safely concurred that both the platforms have vulnerabilities as well as built in safeguards to fight the same, and it is up to the users to be more thoughtful and vigilant while dealing with third party apps or not falling prey to tricks such as social engineering.

Author Bio:- Sunny Chawla is a Marketing Manager at AIS Technolabs – a Web-design and Development Company. Helping global businesses with unique and engaging tools for their business. He would love to share thoughts on Android Web Development,web design and web development.