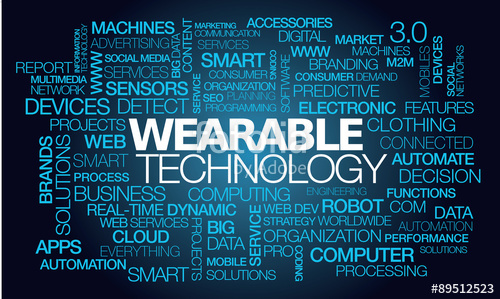 We started from the computers which used to be the size of an entire room. Now we can wear a much better computer on our wrists. The world was stunned when the first wearable tech devices were launched. Everyone was willing to buy such devices and wear them. That is why many people started to... Read More

How to Hire the Right Interior Designer?

We started from the computers which used to be the size of an entire room. Now we can wear a much better computer on our wrists. The world was stunned when the first wearable tech devices were launched. Everyone was willing to buy such devices and wear them. That is why many people started to believe that the wearable computers are the next big thing in the world. The companies like Apple, Google and Samsung started to invest big in the wearable techs to make their mark in this industry too. The products like iWatch, Google Glass and the Samsung Smartwatch are the few examples of the wearable techs that was supposed to take the world by its storm. Albeit, nothing happened as we all expected.

All the students of the tech related degree programs, take out your pen and papers because I am now going to give you all much-needed Dissertation Help that you required. In the next lines of this article, I am going to tell you those reasons that became the cause of the wearable tech devices.

People like to have technology in smaller things. We all love to have a smartphone which is smaller than the previous one and can easily be hand carried. There was a reason why people love the smartphone. The smartphone is a high tech computer which now can be easily carried in our pockets. By summing up everything for the smartphone, you can say that they are small and easy to carry. Conversely, when the same theory got applied to the wearable tech, the result was entirely different. The logic of making technology easier to carry didn’t prevail as expected. The main reason of this that we got after doing thorough ethnography is the lack of utility which made these devices pointless to have.

Buying such devices did not provide any other feature to people except wearing it on your wrist or anywhere else. All the functions that a smartphone can perform, these wearable gadgets were doing it too. So people didn’t find it fancy to buy. The only thing which was fascinating to buy it was that you could wear them however the companies made this into a marketing trait which backfired a lot too.

Problems caused by them:

First of all, the Google Glass was not good for the privacy. The functions like taking a picture of anyone directly from the Glass in a way the person you are shooting doesn’t even know about it was a major concern for the people. Moreover, you can easily search the internet to find out the information of a person who is sitting in front of you. This would allow you to know anything about the person which would not be acceptable under the privacy laws. Other wearable devices also allow you to take the pictures of anyone and then use them to search information about him. Such devices created extreme privacy violations which were not acceptable by the people at any cost.

It didn’t go with the Style:

Wearable accessories like Watches, Glasses or any headset are get associated with the style and the fashion. People change them with the trends in the fashion or with their clothing. But if you have a watch which is quite expensive due to its technical leverages that you get with it, you cannot change it again and again. Moreover, most of these gadgets don’t come in different colors or designs. They are most slightly bigger than the actual sizes of the normal item like watch and glass, which is why it doesn’t work well on a person. That was another reason why people stop buying these products because it made them buy two watches for a wrist instead of one. One which can go with style and other which can provide him all the functionalities.

Acceptance is the most important aspect of every new tech device to get popular. Even after all the hype, these wearable gadgets didn’t get any acceptance in the society. The reasons of these were simple. No one wants to be get noticed without knowing at all. With the Google Glass. You can easily record someone for your entire day without even using your hands. This made the social stigma beyond the image to function for the smart wearable devices. However, some people wear them, but the behavior of the people with the person with the wearable tech wasn’t as well as it could be without the gadget.

All those reasons that I mentioned above were picked up just after few months of the launch of these smart wearable gadgets. Instead of rectifying those things, the companies persisted with the functionalities of the devices and tried to make them much more advanced technically, not socially. The Apple launched its two watch series with technically advanced features, but still, it didn’t solve the issues that people were having with these wearable gadgets. The issues still are the same with these gadgets.

Even after proposing the things to try to make these gadgets more socially acceptable, the wearable gadget manufacturing companies persisted in advancing its technology. They didn’t run any marketing campaign which could release all the myths about these devices. They didn’t make any effort in altering these products due to privacy concern, and they also didn’t launch them in new shapes and sizes.

These were just a few reasons that I found common among the people. Every person has his own reasons for not buying these products. Some would say it is too expensive to buy. Everyone has his reasons, and above are the most common ones. What are your reasons?

James is a Master’s degree holder in the field of Literature and has a talent for writing excellent blogs on tech related niche. He also provides his services to the academic writing company and gives Dissertation Help to the students in need.