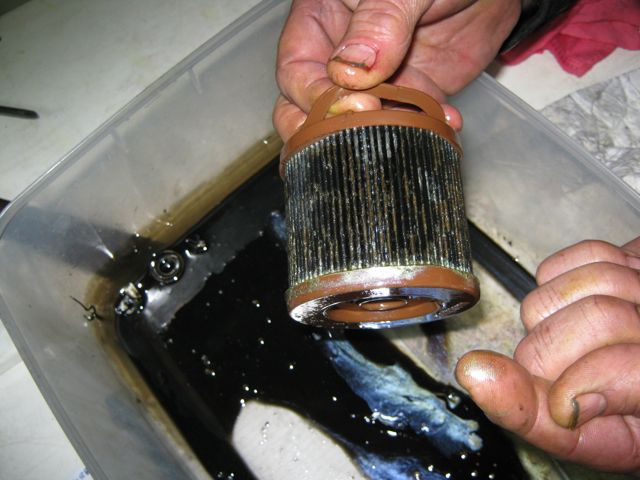 Due to specific situation, car owners need to store diesel fuel. They may store diesel fuel for months in their log cabin inside a forest for their trucks. When they return, it is possible that improper stored diesel fuel is contaminated and broken down. As an example, water could accumulate and go down to the... Read More

Due to specific situation, car owners need to store diesel fuel. They may store diesel fuel for months in their log cabin inside a forest for their trucks. When they return, it is possible that improper stored diesel fuel is contaminated and broken down. As an example, water could accumulate and go down to the bottom of the tank. The problem could also happen if diesel cars are not used for a longer period of time. Water may also accumulate inside fuel tank. This could happen when humid air goes into the empty part of the tank. When the temperature cools down, condensation will occur and the inner side of the tank could become somewhat wet. If it happens for days, enough water will accumulate in the bottom of the tank. Temperature fluctuation could also happen when warm diesel fuel returns to tank after it cools down the injectors. Diesel engines rely on high pressure and temperature to operate smoothly, so diesel fuel is also used as one of the coolants. Frequent change of temperature inside the tank triggers condensation and it is important to avoid storing diesel fuel for an extended period of time. It is important to know things that may happen due to water build-up inside the tank.

If we don’t remove water from the fuel tank, microbial infestation may eventually happen. Fungi and bacteria could cause problems with the fuel system. When larger amount of water is present inside the tank, some of it an be sucked by the system. When water reaches the hot tip of the injector, it’s volume may expand tremendously, potentially destroying the injector. It’s not a good prospect if we are stranded in the middle of nowhere. The presence of water could also increase the rate of oxidation. Moisture may also corrode the tank, causing leakage and further fuel contamination. It is clear that we should control water build up inside the tank. In some cases, we may need to use additives to prevent water buildup.

Microbial contamination is another issue that we should consider. Water settles at the bottom of the tank, because it is heavier. Humidity offers a good habitat for microbes to proliferate inside the fuel tank, causing accelerated breakdowns. It is important to prevent to create a good habitat for microbe to grow, especially because it may flourish inside the tank. Constant interaction between diesel fuel and water could result in constant contamination. Diesel fuel could provide microbes with some amount of nutrients and this could cause a number of changes. When the infestation is severe enough, we may notice slimy mats and it is often visible as some kind of floating mass. When microbes multiply and metabolize, acids are excreted. This further cause diesel fuel breakdown and weaken the fuel tank. Eventually, the fuel quality will be significantly reduced and the car will have reduced performance. Common symptom of microbial infestation is clogged fuel filters and it may reduce the normal flow of fuel.