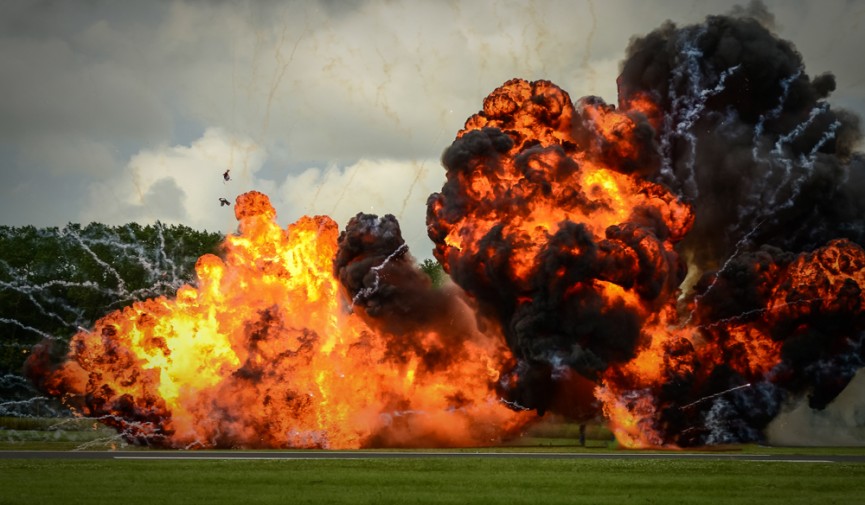 There is one law about being a man that people should realize and that law would be that men love stuff that goes boom. Now, I am actually not talking about anything of a sexual nature here. The simple fact is that men tend to love things that explode. Also, for the most part, men... Read More

How To Plan And Enjoy A Mardi Gras Party

Tips For Enjoying The City Of Split In Croatia

There is one law about being a man that people should realize and that law would be that men love stuff that goes boom. Now, I am actually not talking about anything of a sexual nature here. The simple fact is that men tend to love things that explode. Also, for the most part, men all go through a period as children where they want to blow things up.

I make this point simply because I recently found a website with clips of nothing but buildings, bridges and smokestacks being demolished. For those of us who have always had a thing for making other things go boom this has to be the coolest job ever. Yes, you can have rock stars and movie stars and whatever other kind of stars but the guy who can hit a button and cause an building to go down and then get paid for it has to be some kind of star.

There is just something very cool about the whole thing. Yes, I know, there are also tragic demolitions and certain events in the not-too-distant past seemed to resemble one of these demolition explosions. I know that. I am also willing to concede that it is now far enough in the past that I can, at the very least, now once again sit in amazement at the site of old and abandoned buildings being brought down in that slow-motion descent followed by dust.

Apparently in China they just set a record, too, at least that’s what Business Insider claims. They brought down sixteen buildings at once. The video for this has to be one of the coolest I have ever seen. Sixteen old apartment buildings in a small cluster all slowly falling to the side like gigantic dominoes is truly something to behold. Seeing the other camera angles where you see just how tiny these buildings were compared to the newer buildings around it makes you understand why this had to be done.

Of course what is amazing is that things within this industry don’t go wrong more often. It does happen and that usually gets shown on television. Still, considering these are people planting explosives all around a building and hoping that they have done so just right and in a way that will bring down tons of concrete and steel and brick without hurting anyone. How this happens as often as it does without killing more people is beyond me. The amount of training that goes into this job is staggering.

On the site I visited they showed the demolition in China. One of the buildings did not go down. They said that not enough explosives had been properly distributed throughout the building. Who gets to go in there and figure that out? Who gets to go into a building that is partially exploded and walk around and try to place more explosives so the rest of the building goes down? It has to be the guy lowest on the company totem pole, right? They send the intern in there or something, right? I know I would.

This is why men love movies that most women just scratch their heads and shrug their shoulders and roll their eyes about. By the way, women, that’s really rude, but more importantly you just don’t understand. There is something deep inside us that craves the violence. There is nothing more violent than stuff exploding. If I were to run an HD television channel I would, in addition to running the station with the sunrises, have a station that just showed stuff exploding and imploding. Buildings descending in slow motion in high-def would be pretty impressive. Mushroom clouds from nuclear tests could be run an entire week during sweeps.

I know that loving violence is wrong. I know that there is real violence in the world and it is a very tragic and terrible thing. I know that stuff exploding in any way that is destructive in a way that harms people is bad. However, watching it on screen in a fictional presentation is just awesome. If there was a movie without any plot and was just one building and thing exploding after another, in 3-D, with surround sound, on a big screen, it would be one of the biggest blockbusters ever.

There are certain movies that are perfect for this. Saving Private Ryan is one of those movies. This is a movie where you need to prepare for watching by finding yourself a scalpel and some kind of saw. First, cut a big circle around the top of you head. Use the saw to then but a circle around the top of your skull. Then entire use a screwdriver or have a friend remove the top of your skull and remove your brain. You are now in the perfect state to watch the most illogical and idiotic movie to star Bruce Willis and Damon Wayans.

This is a movie that has guns and people getting shot and thrown off of highway overpasses. Somehow none of the heroes manage to die or even get seriously hurt in a way that stops them from running or punching people or shooting or riding horses. Then, at the end, just when you are breathless and wondering how a movie could be this utterly stupid and yet so exhilarating, something blows up. Now that is movie cinema gold right there.

I am not one who believes that a movie should enlighten you for having watched it. For me, any movie that can allow me to shut off my brain or even lapse into a coma and I can still follow the thread of the storyline is just fine. I like the occasional profound movie, sure, but there is nothing like having a bunch of stuff blow up.

I think this may be something in our DNA. I think maybe it starts when we are kids. That particular gene kicks in the first time you watch a “Road-Runner” cartoon. As soon as you see the coyote blow himself up and then stand there as a smoking ruin but still spry enough to chase after the Road Runner again that gene kicks and you start looking for things to tie to bottle-rockets.

I remember when I was forced to play an instrument called the recorder when I was in grammar school. This is a horrible instrument that serves no particular purpose as far as I can see. I went to a grammar school where every kid was handed one of these horrible devices and we had to spend hours learning how to play them. The worst was then playing the stupid tunes we had to learn for our teachers. It was awful. It lasted until about seventh grade, I believe, and then you were no longer required to play the damn thing.