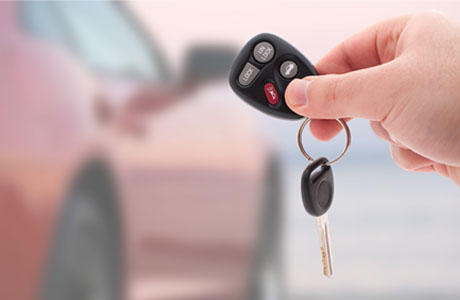 Car Myths That You Should Know

There are a number of car myths that we need to dispel effectively. As an example, some car owners may think that brake dust is a negligible problem. However, we should know that when brake accumulate at higher quantity, it could cause a number of symptoms, such as squeaking noise. When our car stops, a... Read More

There are a number of car myths that we need to dispel effectively. As an example, some car owners may think that brake dust is a negligible problem. However, we should know that when brake accumulate at higher quantity, it could cause a number of symptoms, such as squeaking noise. When our car stops, a very thin layer of rotor or brake wears away, resulting in brake dust. Some people also think that catalytic converter isn’t needed in areas where emission testing isn’t required. However, in some countries, catalytic converters are required, although emission testing isn’t. The manufacturer puts the catalytic converter in the exhaust pipe. It is useful for removing unburned portion of air fuel mixture. This will be helpful to ensure cleaner air quality. Catalytic converter will send a feedback to our engine to define whether the engine is running efficiently. So, with properly installed and working catalytic converters, there’s less need for testing the emission. Newer cars are able to obtain a sample from the exhaust gas, to make sure that the engine is running efficiently. If it’s not, the computer will re-adjust timing and fuel mixture to compensate.

Many car owners think that modern cars are so reliable that if they aren’t broke, then don’t fix them. This strategy could work well in the short term, however we should know that cars are mechanical in nature. It means that wear and tear could slowly degrade any car, causing potential damage. Once our car fails, it may fail at the most inconvenient and worst times. We should also avoid thinking that gasoline with higher rating is always better for our car. In general, fuel with higher octane rating is more difficult to ignite inside the cylinder. Powerful cars have engine with higher compression ratio, so it is important to prevent fuel-air mixture from detonating too quickly. Fuel with higher octane rating will detonate at the right time, despite the higher compression ratio of the engine. Early detonation is indicated by engine knocks, such as when pulling heavier load or when accelerating uphill. In this situation, we should consider using fuel with higher octane rating.

One big concern among many car owners is that they may void their warranty when they don’t go to the official dealership. However, in some countries, dealers can’t force car owners to repair or maintain their cars at their facilities. Other countries may have different rules concerning to this matter. Some car owners think that performance mufflers have little value. However, by exhaust system with less restrictions are able to perform much better. In this case, we may use performance mufflers and exhaust pipe with larger diameter. The most immediate benefit is reduced engine temperature, more power and better mileage. Performance mufflers are noisier and this is the most obvious drawback that we should consider. We may also use gasoline additives to reduce the formation of deposits inside the engine, but some deposits will still develop. The fuel system will need to be cleaned thoroughly, so deposits inside the valves and injectors can be removed effectively.